Your configuration changes
Cookie preferences
This website uses cookies, which are necessary for the technical operation of the website and are always set. Other cookies, which increase the comfort when using this website, are used for direct advertising or to facilitate interaction with other websites and social networks, are only set with your consent.
Configuration
Technically required
These cookies are necessary for the basic functions of the shop.
"Allow all cookies" cookie
"Decline all cookies" cookie
Advanced Cart
CSRF token
Cookie preferences
Currency change
Customer recognition
Customer-specific caching
Individual prices
Selected shop
Session
Comfort functions
These cookies are used to make the shopping experience even more appealing, for example for the recognition of the visitor.
Note
Store Locator
Statistics & Tracking
Affiliate program
Conversion and usertracking via Google Tag Manager
Track device being used
Categories
Article successfully added. 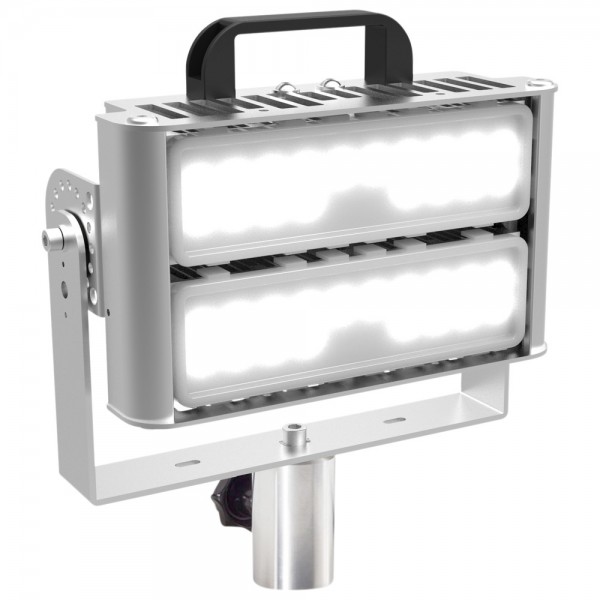 Efficiency redefined - like the primeval Veloce-raptors, the floodlights of the RAPTOR RP LED SERIES belong to the most efficient of their species. Designed to replace energy intensive traditional halogen floodlights, our entire engineering art went into this series. The SETO Xpect lens system collects the produced LED light and produces the
perfect illumination of the place of action via a multitude of specially calculated single lenses. The created beam characteristic is not only a recreation of a common halogen light, but it was optimised considerably.

The result speaks for itself: A continuously steady illumination of the surrounding area.

An LED floodlight of the RAPTOR SERIES consumes less than a sixth of the energy of comparable halogen floodlight at up to 40% of higher light quantity at the same time. The floodlights are available with a 60 watt (RP500 LED), 160 watt (RP1000 LED) or 185 watt (RP1500 LED) power output.

On request, the Aldebaran RP1000 LED is also available as a 24V version for immediate usage on the electrical system of emergency vehicles.

Dönges Tripod according to DIN 14683
€182.01 *
Dönges Spotlight container, empty, 635 x 420 x 230 mm...
€335.93 *
Nightsearcher Operation site lighting Solaris Maxi...
€916.97 *
Dönges Multipurpose line bag DIN 14921
€9.00 *
Dönges Folding guide cone
From €44.87 *
Dönges Bolt cutter import version
From €59.85 *
Dönges insulated drinks container
From €922.25 *
Viewed
Trusted Shops Reviews Toolkit: 1.1.6
This website uses cookies, which are necessary for the technical operation of the website and are always set. Other cookies, which increase the usability of this website, serve for direct advertising or simplify interaction with other websites and social networks, will only be used with your consent. More information
Decline Accept all Configure